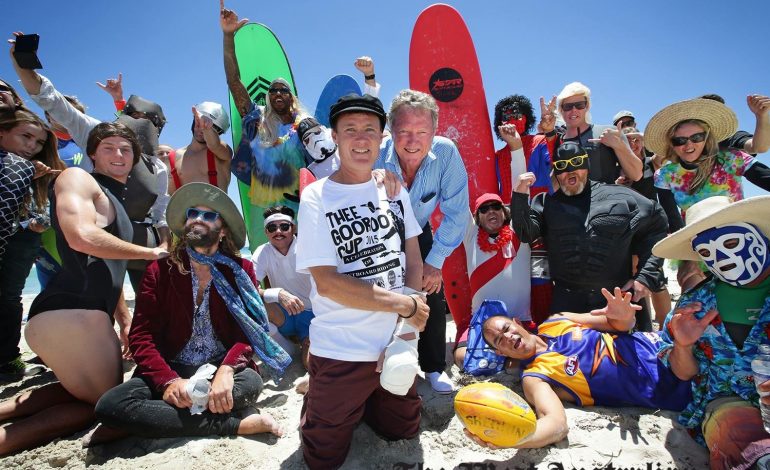 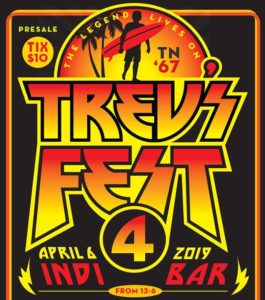 It was a beautiful day & the Indy Bar is looking pretty dam good. All cleaned up to be a fresher look, with a stage in place for the outdoors to be more functional for any live music. Like a tiny amphitheater with a pool in the middle with all the high buildings either side. It was an arvo show that was a beauty!

Another good crowd rolled up for to the event with only $10 per sale & $15 on the door with a superb line up in the courtyard. Midday start as a matinee & arvo show can be an attendance challenge. But all the good people of this cause spread the word & made the effort to catch up with crew along with lots of cool people into some very good music in the courtyard.

Another great vibe for an annual event for a cause & wish all well til maybe next year to keep the annual event alive. 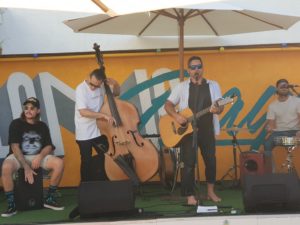 Seve, Lee & the boys in the band great as always 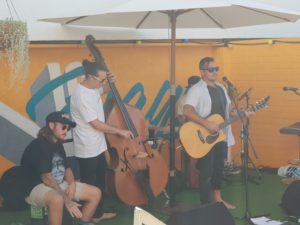 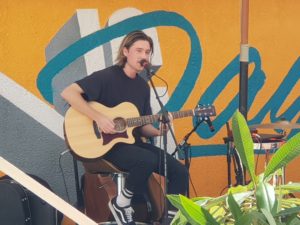 Trev was a surfer, drummer, family man, good friend to many & fun loving guy who was very much apart of the coastal culture. Surfing WA, Scarborough 6019 Crew, along with his part of the music industry enjoyed hanging out with a bunch of legends, gommets & cool people. West Oz has a local coastal culture with a family of friends in beach life. So continuing the legacy through TREV FEST a socializing, music event including support from local artists, entertainers, musicians with party people supporting MND raising awareness & much needed funds.

Trev passed away shortly after last years Trev Fest 3 & he is still remembered for his courage, friendship & just an all round good guy. The support received to wave a red flag for MND have been an example a beautiful community exist locally & its totally real.

Anyone wanting to hang out at the iconic INDY BAR around the pool with some great music, cold brews & BBQ with some very cool casual people of the coast, then its the place to be Saturday April 6th starting Midday – 6.

Funds raised from the door charge & sale of merchandise [sponsored by Blue Print] will go to MND WA & anyone becoming apart of this ongoing event will be welcomed along with playing a part in the process of supporting a worthy cause in a social way.

This event is organized by the friends & family of Trev who are just legendary people giving time, effort & money for TrevsFests… we salute you from sunsetcoast.life

Special Note:
Trev was involved with Sunset Coast Events & Sunset Coast Mag in the late 90’s with providing graphics services. Now with the return on the digital scene with sunsetcoast.life & sunsetcoast.xyz  we honor a passing friend. 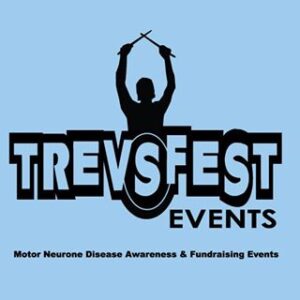 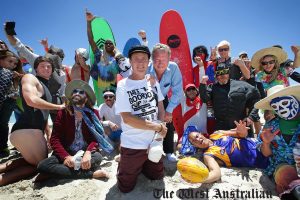 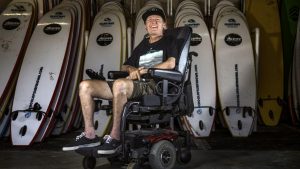 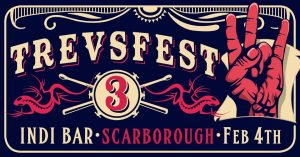 This feature is in honour of a true lover of Western Australia & all the sunset coast life has to offer. Trevor Newby was a much loved, respected, fit & healthy, socially active, musically talented, local guy. Who one day after a surf found it hard to open his car door with his keys experiencing hand weakness. Weeks later was diagnosed with a life ending disease MND/ALS [Motor Neurone Disease]

After this devastating news, the choices moving forward were minimal. The true character & courage of Trev was to became a champion of the cause MND/ALS to let people know what this deadly rare condition is, along with raising awareness + much needed funds for its research & suffers.

THE REAL TREV
Trev was a surfer, drummer, family man, good friend & fun loving guy who was very much apart of the central coast culture. Surfing WA, Scarborough, 6019 a bunch of cool crew young & old who have created a coastal culture of family of friends through surfing, socializing, music, events, beach life. The local surfers, friends, work mates, Surfing WA plus artists, entertainers, musicians, party people supporting Trevs quest have been an example that  humanity exist locally… its real. People coming together to face the adversity of another. Supporting something that is unfair, unreasonable, unfriendly, unlucky. But to face it with a friend to show compassion, humility, genuine intent is enough to make anyone choke up or shed a tear. Attending the events over the last 3 years it gives a feeling of pride seeing the many people who have love in their hearts for another who is experiencing misfortune. It is pure & meaning of life stuff. Trev was a buddy to many with love for him & his family will be forever.

WELL DONE to all the wonderful individuals, couples, groups, businesses that have given time, effort & money for TrevsFests. 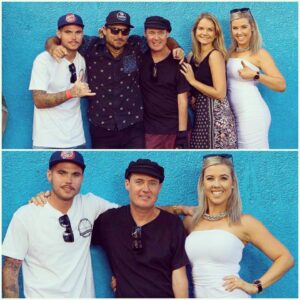 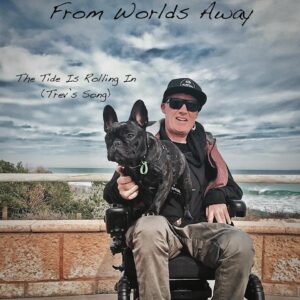 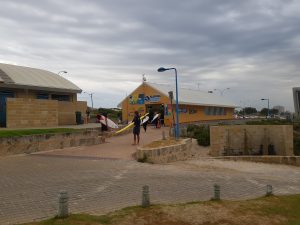 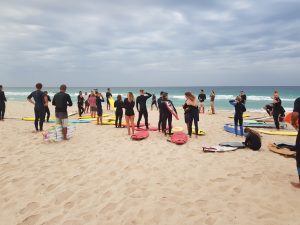 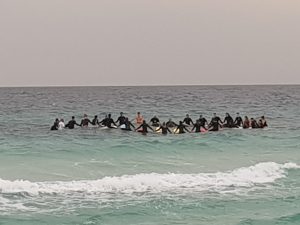 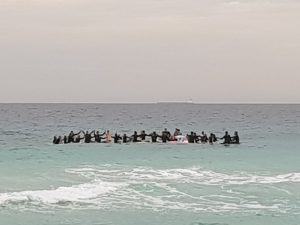 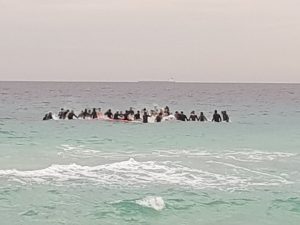 Any Donations welcome to ; mndawa.asn.au/

Dean Mitchell Marketing & Management [Mitchell Family]
Trev Newby was a long time friend, work mate with XPress Magazine, Encore Productions then providing services + performing with projects in associations with Show Business Australia, Sunset Coast Events, Bandwagon, marketing, promotions + socially. Trev was a creative, graphic designer, merchandiser & drummer with his bands that were booked many times for good times. He was one of the nicest, upbeat, positive cool guys you could ever meet.  Trev will be missed but be remembered by all who met him. 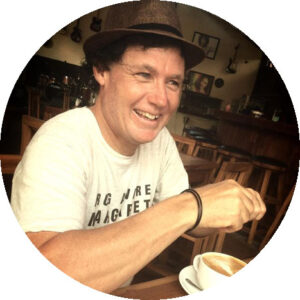