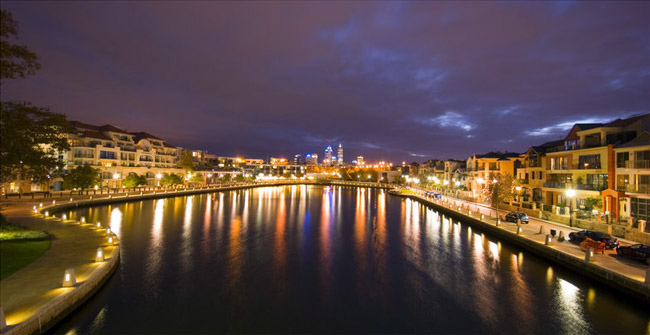 R-Zoning Codes for Western Australia – What Does it Mean?

The Western Australia Planning Commission(WAPC) has a big job on their hands. Not only must they manage this massive expansion strategically, but they also must ensure that WA remains a desirable place to live.

In an effort to manage such a rapid growth, the WAPC has created the Residential Design Codes of Western Australia, or the R-Codes, to provide a standard for the control of residential development throughout the state. Next, it goes into the hands of each local government, so they can prepare and amend their own planning schemes to implement the codes.

In simple terms, the R-Codes tell you how many residences can go on a 1-hectare (10,000 square metre) parcel of land. Each R-Code also stipulates the average and minimum size of a residential block within that coded area.

For example, an R-Code of R20 means you could have up to 20 dwellings per hectare of land, with each dwelling requiring an average site area of 450m2 and a minimum site are of 350m2.

In reality, R-Codes are much more complex than just density and block size. Other factors that impact the highest and best use of a potential development include:

The site works
In addition, there are many other finer points, so you will probably need to hire a consultant to help you sort them out.

What Type of Dwellings Will You Build?
The most basic question for any developer is, “What do I want to build here?” The general site requirements will differ based on the type of dwelling you plan to build on the land. The R-Codes recognize the following three dwelling classifications:

Type of Dwellings Single: A dwelling standing wholly on its own title or strata lot. This excludes dwellings where areas are held in common.

Grouped: A dwelling that is one part of a group of two or more dwellings on the same lot. In addition, no dwelling can go vertically on top of another, except in conditions where the landscape or topography dictates otherwise. This includes a strata-titled dwelling with common property.

Multiple: A dwelling that is one part of a group of two or more dwellings where any part of a dwelling is vertically above a part of another. In addition, this excludes those already classified as grouped dwellings. It also includes any dwellings above the ground floor in a mixed use development.
In areas coded less than R30, the minimum site area requirements per dwelling differ for multiple dwelling developments than for single and grouped dwellings. For multiple dwellings in areas coded R30 or greater, the R-Codes do not have minimum site areas, but rather maximum plot ratios.

The following is a snapshot of what the primary R-Codes allow based on a hypothetical development scenario for single or grouped dwellings.

If you’re planning a multiple dwelling development, you’ll need to dig a little deeper and do your own research.

As mentioned, keep in mind that many other factors will impact your final development yield. They also relate to the existing configuration, development and frontage of the lot.

Are These Zoning Codes Written In Stone?
accommodation for aged or dependent persons

Like any good developer, you’re probably wondering, “How flexible are these minimum land requirements?” You’ll be pleased to know that within the R-Codes are some provisions to vary the above requirements under certain circumstances.

If you plan to build accommodation for aged or dependent persons, or single bedroom dwellings, then you’ll find a generous provision in the codes for a density bonus. This will reduce the minimum site area by up to a third – a massive 33 percent.

No matter what you’re planning to build, you’ll also find a clause in the R-Codes that allows you to apply for approval to vary the minimum site area requirement by up to five percent. This is a handy provision if you have an oddly-shaped block, or if you found a deal that’s just short of reaching the minimum requirement.

For example, if you found an existing home on an 1150m2 block in an R30 area, with the minimum average lot size of 300m2, the R-Code requirement would limit you to subdividing and building two additional units. However, if you could gain approval for the five-percent variance, the average lot size requirement would drop to 285m2, which might allow you to squeeze a third new unit onto the property (285 x 4 = 1140).

Acquiring approval for this variance; however, is not exactly a simple process. These applications must be made directly with the WAPC at the state level. Your local council cannot approve a development application that proposes an undersized lot until the WAPC has issued their subdivision approval.

Most Perth suburbs and regional areas are zoned R20, but as you would expect, the suburbs closer to Perth CBD are R30 and R40.

Areas near shopping centres and public transport may sometimes be deemed as justifying higher ratings like R60. You would generally find R80 and above within the CBD.

Local governments will modify or change zoning from time to time, so it pays to keep informed of your council’s activities and plans. Many council town planners will allow you to schedule pre-lodgement meetings to discuss a proposed development before submitting your subdivision and development application. This offers a great opportunity for you to ask questions and build a win-win relationship.

Don’t be shy. Give your local council a call and see if you can tee up a meeting. Or give the Hotline a howdy!?