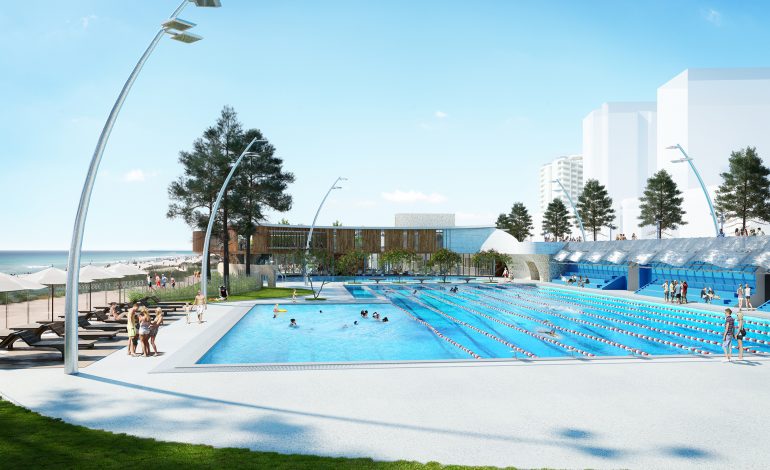 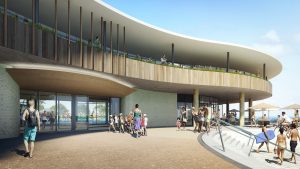 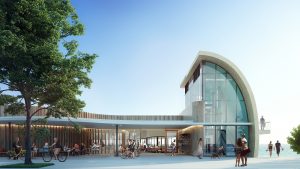 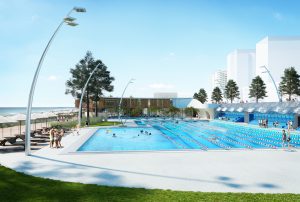 A $26 million beach pool will open at Scarborough beach in 2018 funded by the City of Stirling.

The beach-side 50 metre pool will be located south of the amphitheatre and the current surf club.

The City of Stirling has committed $13 million to the project, $10 million grant from the Federal Government and $3 million from WA’s Department of Sport and Recreation.

The pool will feature eight lap swimming lanes, a swim school area, covered spectator seating, changing rooms and cafe.
Swimmers will pay a yet to be determined fee to use the pool, which will overlook the Indian Ocean. 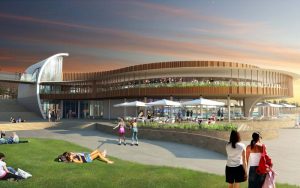 Geothermal drills have reached the Yarragadee aquifer which will heat the City’s of Stirling’s $26 million Scarborough Beach Pool.

Scarborough Beach Pool will be the 13th Perth swimming pool to use geothermal heating, according to senior hydrogeologist Steve Bolton from Rockwater Hydrogeologists, the company that designed the Scarborough system.

“The City of Stirling joins several other local governments and private schools with geothermally heated swimming pools,” he said.

“This year, direct-use geothermal projects will also be commissioned at the Mandurah Aquatic and Recreation Centre and the Cockburn ARC.

“The City of Armadale is also about to commence drilling for a geothermal system at its Armadale Aquatic Centre.”

“The water is then injected back into the Yarragadee aquifer; it is a closed loop operation whereby no net water is extracted from the aquifer,” he said.

He said advances in technology could allow for electricity generation from Perth Basin’s geothermal energy in the near future.

Stirling acting infrastructure director Paul Kellick said the geothermal technology would allow for renewable energy to be used to heat the pool rather than conventional gas boilers.

“It is estimated that this will result in a greenhouse gas abatement of approximately 1800 tonnes of carbon dioxide per yearand save the City about $530,000 per year in utility costs,” he said.

– The bore duplet at Scarborough will produce 2200 kW of geothermal heat, increasing the total installed capacity of Perth Basin direct use geothermal systems to 16,580 kW.
– This is equivalent to 1,105 conventional household (15 kW) gas hot water systems.
– The geothermal bores will hit the aquifer at depths of 960 m and 430 m. 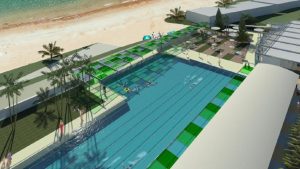 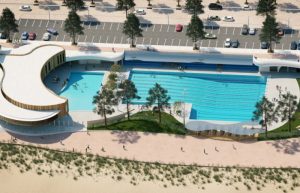