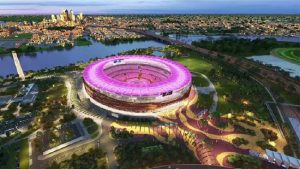 The 2018 Perth Stadium AFL Fixture has been released for the first time.

There will be several big games across the season and we’ll see two blockbusters in the first two rounds.

The Eagles will host the Sydney Swans in the first ever Perth Stadium AFL regular season game on March 25th 2018.

The following week, Fremantle will take on Essendon in a twilight game at the stadium.

List of every game and time at Perth Stadium for the 2018 AFL regular season, not including potential AFL finals games. 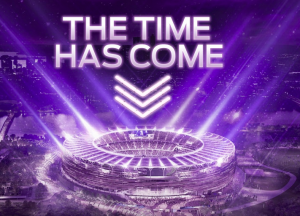 The Fremantle Dockers have been scheduled to play a string of blockbuster home games in the first Toyota AFL Premiership Season at Perth Stadium against big drawing clubs, including clashes with Collingwood, Carlton, Hawthorn, St Kilda, the Western Bulldogs and Adelaide.

Confirmation of Fremantle’s fixture today by the AFL follows last week’s announcement by the league that the club will play four of its first six games at home at Perth Stadium in 2018, including a blockbuster round two clash with Essendon at the stadium on Saturday 31 March, Freo’s first ever home derby at the new venue in round six on Sunday 29 April and an historic “away” game against the Gold Coast Suns in round three on Saturday 7 April.

The bonus round three encounter with the Suns at Perth Stadium means Fremantle will play a total of 13 games at home in 2018.

It will also be first time either Fremantle or West Coast have played an “away” game at home against an interstate side for premiership points in an AFL season.

The blockbuster home games against big drawing opponents at Perth Stadium in 2018 include the Western Bulldogs under lights in the round five Len Hall Game on Saturday 21 April, St Kilda in round eight on Saturday 12 May, Adelaide in round 12 on Sunday 10 June, Hawthorn in round 19 on Sunday 29 July, Carlton in round 21 on Sunday 12 August and Collingwood in round 23 in the final qualifying home game (date TBC).

The club is also scheduled to play home games at Perth Stadium against North Melbourne in round 10 on Sunday 27 May, Brisbane in round 15 on Sunday 1 July and Port Adelaide in round 17 on Sunday 15 July.

What the Eagles say:

The major feature of the West Coast Eagles’ 2018 fixture is that the club will have a strong presence at its new home at the Perth Stadium in the first phase of the season.

Aside from having the opportunity to host the first official AFL fixture at club’s new home, the Eagles have been drawn to play seven of their first 11 game at the state-of-the-art stadium at Burswood.

“We were really excited when the AFL announced last week that we would open the season at our new home,” West Coast Eagles Chief Executive Trevor Nisbett said today.

“And to play seven of our first 11 matches at arguably the best stadium in the southern hemisphere will help us create a unique environment and a true sense of it being home.

“Gaining a sense of familiarity – for both our players and our fans – will be important and that is a great way for us to start. 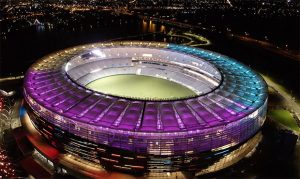