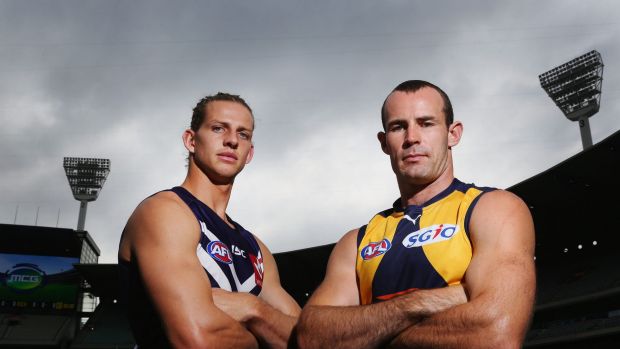 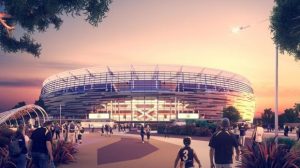 WEST Coast has launched a new logo and playing strip for next season, with the club preparing to ‘venture into a new era’ with the fresh design.

The Eagles made the first significant change to their logo in 17 years, aiming to make the bird of prey design a more life-like representation.

West Coast’s new primary jumper.
The club will also wear its royal blue strip in the majority of matches, with the yellow alternate on hand for clash situations.

It means West Coast will move away from the navy-based jumper it wore for home games last season. 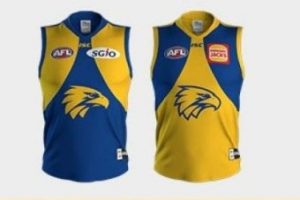 Speaking at the launch of the new design, Eagles chief executive Trevor Nisbett said it was important the club acknowledged its history.

“We think royal blue and gold are the colours of the club,” he said.

“It was started as royal blue and gold. We’re staying with the traditional colours.

“We think that’s really important for a lot of our original members who wanted us to go back to those colours.”

The change comes as West Coast gets set to move to the new Perth Stadium and also to Lathlain Park for its training base.

The Eagles’ clash jumper.
“No matter the challenge, no matter the obstacle – we’re ready to take it on,” the club’s new video brand campaign pledges.

Hungry Jack’s also returns as a major sponsor to cap the changes. 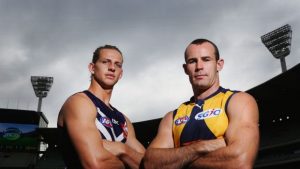 Fremantle has won a bonus home game at Perth Stadium in 2018 after missing out on the right to host the first AFL clash at the new venue next season.

West Coast will open the stadium for local football fans, but the Dockers will host four of their first six games at the state-of-the-art, 60,000-seat venue, including an ‘away’ game against Gold Coast in round three.

West Coast will open the new Perth Stadium in 2018 but Fremantle will play more home games there.

Fremantle will pay an agreed fee to the Suns, who can’t host games at Metricon Stadium early in the season due to the Commonwealth Games.

The deal with the Suns means Fremantle will play four of their first six games next season at the highly-anticipated 60,000-capacity Perth Stadium.

They will face Essendon on a Saturday night in round two, the Suns in round three and a yet-to-be confirmed opponent on the Anzac Day weekend.

The first Western Derby at the new stadium is also a Dockers home game, scheduled for round six.

The Eagles will get first crack at the new ground, hosting Sydney in a Sunday twilight clash in round one.

The agreement means Fremantle play 13 matches at the new stadium compared to the usual 12 they hosted at Domain Stadium.