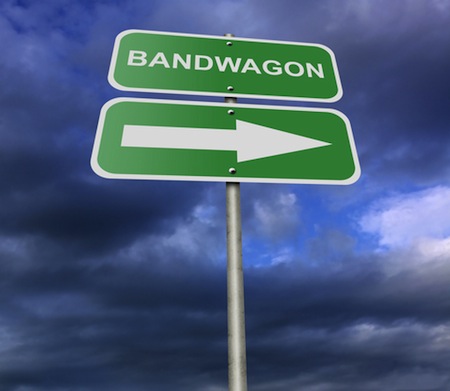 :: Bring Back the BANDWAGON ::

Last century in 1999 the Bandwagon was developed by  Mitchell Marketing & Management [Deano] operating out of the garage [of course]. The internet was taking over everyone desk top, business lives along with home computers were becoming the new play thing & mod con. Plus MSN, My Space, Napstar, Yahoo, Amazon, Google,  were new rulers of our lives if into new things. The Sunset Coast Magazine had run quarterly for 2 years & Sunset Coast Special Events 1996 – 1999. This was apart of a contract with Sunset Coast Business Association, Sunset Coast Boulevarde & tourism WA for MM&M. It was a natural transition to go online with heaps of contacts & info firstly as a hobby & possible business accessory for all the local WA acts, talent, up & coming stars, events, big gigs for some additional exposure online in the early days of websites.  Over an 8 year period the website grew to have several hundred bands, venues, booking agents, events, tours & a stack of sunset coast stuff online for the general public to use as reference. It was loaded up with hundreds of pages, lists upon list of local content & was followed by thousands of viewers. It was updated every Wednesday before midday & late nights on Tuesdays filling the site with cool content & happening things. Not to mention a weekend full of doing the rounds to see for reviews what was on offer.

Out front curbside was by the collectors item the “Old Hen” or Holden HT panel van as a symbol of Oz retro original family car from 70’s.  Deano “One Man Bandwagon” with a few support crew including; Smiley John, [uni student dreamweaver web master] Warren [blues news] Irene [theaters WA] Trev [graphics] random contributors of family, friends, publicists. All recieving payments of love, gold coins, bar cards, free tix, passes or whatever was going.  It was a love job weekly in board shorts in the garage on the coast with a casual but effective online publication. Anything entertaining or an attraction was posted with lots of crew who would drop by to say howdy & caught up to get shit online from the home office man cave where big Deano was doing the Bandwagon.

Unfortnately, in 2007 the site was hacked along with tens of thousands of domains being hosted in the US which was a 6 month drama in trying to sort out what to salvage if anything. Who ever did the job wiped out everything & so the end came to what was a pioneering web site. It was not only a labour of love but alot of time & effort from from a true fan of local WA entertainment. The website was not renewed due to the massive amount of information lost, costs associated with its reinvention, it was just too much of a job to redo for the Bandwagon.net.au

Sadly a statistic of the modern digital world & horrors of hackers.

Deano moved into real estate & property promotions it was a move away from publishing that took a passionate individual who was one of the original Xpress Magazine guys from the 80’s, Show Business Australia & promoter in the 90’s. Took him out of the entertaiment, hospitality & events service industry which was hundreds of shows per year ~ local, national & international.

But, now decade later its time to brush off the dust from the keyboard & take the beach towel off the computer screen, get back on the hobby horse & see what we can come up with. A new site will be “Under Construction” with a collaboration with some old & young crew. Another “Love Job” but still fans of “Local Heroes”in association with sunsetcoast.life & sunsetcoast.xyz

This site being sunsetcoast.life : sunsetcoast.xyz is another Mitchell Marketing & Management  project since 2017 it will be a partner site as there is just so much to load up on the Bandwagon.net.au.

So here we have some lists together & see if we can crank up the old beast.

Gigs of the Month

Get ready soon to Jump back on the Bandwagon